The story of Walk 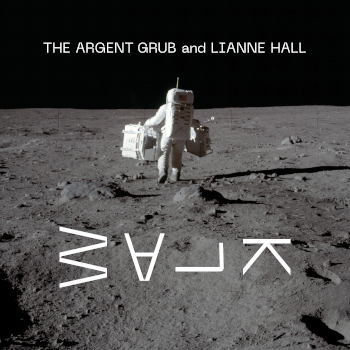 How did I end up working with Lianne Hall?

Lianne Hall used to live in Bradford, where I live now. In fact, while living in a bus in Bradford in the late 90’s John Peel came to visit and filmed her singing in her bus for a series of shows broadcast on TV. He called her “one of the great English voices”.

I’ve been a big fan of Lianne’s since I first heard her on John Peel’s Festive Fifty in the early 2000’s. I’m pretty sure the first track I heard was ‘Change of Heart’ which she recorded with Pico.

Back then I’d bought a mini-disc recorder which could record up to two hours at a time - long enough to get the whole of John Peel’s show without me having to stay up late to change the tape over - so that I could hear it. No listen again in those days.

Around 2014 I re-googled Lianne, and bought the album Abandon Ship, ordering the CD online somewhere. I got an email from Lianne thanking me and asking if I wouldn’t mind holding on a few more days for the CD as she was away from home, and would send it when she returned. I didn’t mind, and I loved the CD when I got it. Since then I bought a couple of albums, including her Haunted House work with Paul Hartnoll, and The Caretaker - both albums that I revisit often.

Fast forward to 2021, and a song comes to me and there are definite influences from Lianne’s work.

The song was written as Covid-19 lockdown measures in the UK were being lifted. During lockdown we had been restricted to an hour a day of exercise, and because we were restricted, we all used it. We got out. We walked. We talked. We looked, and we listened. With increased freedoms on the way, would we start to lose the intimacy, and connection that lockdown had brought?

I record the song, release it and on the off chance I send Lianne an email - using the same address from 2014. If I could have recorded the song with her voice, that’s how I would have done it originally. I tell her that if she likes it, it’s hers to do with whatever she likes.

Forty minutes later, I get a reply. “Thanks so much, I really like the song. I’m actually working on something at the moment and it possibly could fit. Not promising anything…”

I’m delighted. I feel like I’ve won the lottery. This is an artist who has a great voice, one of my all time favourites, and she likes the song and is willing to try something with it. Wow.

I send some backing tracks, and I leave her to get on with it. No strings, no promises.

I’m cool with that, but can’t help wondering how she’s getting on.

Eight weeks later I crack and have to send an email to see how she’s getting on with it, to see if any of the ideas are working out.

I get a reply the next day, she’s still working on it! Joy and relief at the same time. She might want to change it a bit, re-write here and there - all cool. Just happy that it’s still something she can work with. Again I tell her I’ll leave her to it.

Time passes, life takes over, and the song goes on the back burner. I don’t forget about it, and take some comfort in thinking that ‘these things take time’, but I’m also coming to terms with the idea that nothing may come of it.

Five months after our last email, Lianne gets in touch. Life has also taken over for Lianne a little, but she says: “I did work on your song but it was clear it wanted to stay in the same shape. The simplicity is what makes it great. Therefore I’ve recorded myself singing it as it is. Please do what you want with these recordings. Maybe our voices work together? I also did a little harmony for the last two choruses.

Anyway, run with it. Also I won’t be offended if you don’t want to use it!”

Of course, her vocals are great. Christmas has come early for me.

So I ran with it.

We endedup with a 3 track EP that starts with a duet between Lianne and me, and also features Lianne’s solo performance of the song. I added a cover of one of my favourite tracks from Lianne’s Abandon Ship album - Want You Alive, and that was the EP completed.

I have to say that Lianne’s generosity and support throughout has been amazing. Hope you enjoy.

Listen, and buy it on Bandcamp