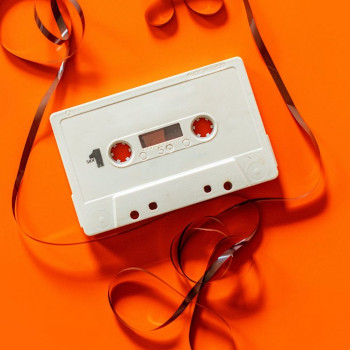 I recently submitted a track to Cities and Memory following this open call to reimagine an obsolete and disappearing sound.

I got a Printing Press Machine (sound) to mess with. Great fun. Great idea.

I called my track - “I can do that for quite a while if you want”.

The source audio,for the record, was 110 - Printing press machine - Disaster Services via Freesound

I chose this sound because it has a great natural meditative rhythm to it. I also have a friend who owns and uses a vintage printing press, so I thought there might be a chance to gather some of those sounds and play around. In the end that proved impractical, so I set about playing with the sound myself.

The title comes from the words captured mid-way through the original recording, and provide a brilliant summary of what is being captured, of printing through the ages, and of the practice of sound art - “I can do that for quite a while if you want”.

My process to create the piece is shown below. I use only free and open source software in my work.

I started by putting the original file in Audacity, and raising the volume:

All of the other tracks end when the original has gone round twice, (unlike in a conventional round), apart from one that plays an extra 29s. This section contains the voices in the recording that are mostly lost in the rest of the round.

After sitting with that composition for a while (a few days) I decided to experiment further.

At this stage, the sound has not really been altered much - just amplified, offset,and layered.

I ran the original sound through Cecilia, picking random modules and settings until I found something I thought was interesting. I used the WGuideBank module, with random settings, and stretched the length of the sound to twice the original - so it would sit as a fifth track in the new mix.

Putting all tracks into Ardour, I could add effects and mix.

In the end I only added some automatic panning to move the sound left and right in the speakers. The rhythmic movement of the sound feels very meditative and wave like. I picked a sample from a field recording I had taken on Ardrossan Beach, Ayrshire, Scotland, in August 2021 and looped the sound of waves starting around the 1min 30s mark. (There is a small delay effect added to the waves audio)

Where the audio ends, I start to ramp up into a new round because “I can do that for quite a while if you want”

Often I will look to add conventional instruments to field recordings, but did not think this needed it at all. I wasn’t sure about going beyond the stage of the 4 layered round, because I thought that was interesting enough in itself, but I do think the addition of waves and the weirdness that the Cecilia morphed track brings, does enhance the final composition.

My process uses only free and open source software